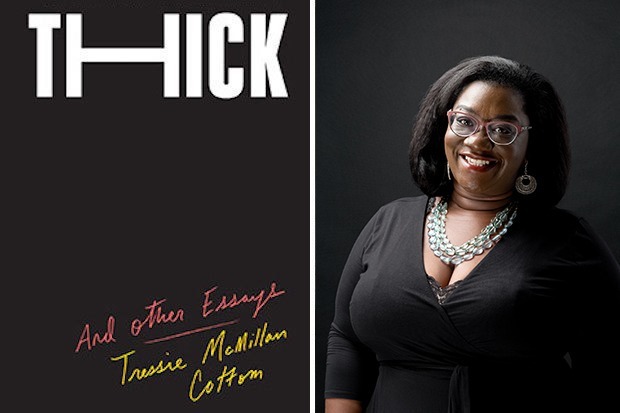 You can find the original posting of this story at VCU News.

The American Sociological Association has awarded Tressie McMillan Cottom, Ph.D., the 2020 Public Understanding of Sociology Award. The award is given annually to someone who has made exemplary contributions to advance the understanding of sociology, sociological research and scholarship among the general public.

Cottom, an associate professor in the Department of Sociology in the College of Humanities and Sciences at Virginia Commonwealth University, is an author, digital sociologist, speaker, columnist and social media expert. She is the author or co-editor of four books, including “Lower Ed: The Troubling Rise of For-Profit Colleges,” and her latest book, “Thick: And Other Essays.”

An Amazon bestseller, “Thick” won the Brooklyn Public Library’s 2019 Literary Prize and was a finalist for the National Book Award for Nonfiction. Cottom’s columns have appeared in a variety of magazines and newspapers, including The New York Times and The Washington Post.

She also has been featured on “The Daily Show with Trevor Noah,” MSNBC and National Public Radio.

The selection committee for the American Sociological Association noted that Cottom embodies the essence of the award and was selected “for her impressive and inspiring commitment to further the role of sociology in the public’s understanding and creatively using sociology for the public good.”

Cottom said she is “honored that my professional colleagues have honored my work of communicating sociological understanding to various, broad publics. My work is possible because so many people dedicate themselves to research and teaching every day."

She said she is able to do her best work because so many scholars have come before her “who care deeply about transforming the world through engaged scholarship. Many of those scholars have been black, women and minority scholars. I am especially honored to work in their tradition.”

Cottom will be honored, along with her fellow awardees, at the association’s 2020 annual meeting Aug. 9 in San Francisco.