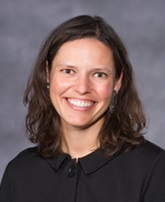 My teaching, research, and service interests focus on nuanced forms of political and public participation within the context of consumer cultures. In particular, I am interested in the unconventional ways consumers leverage power to enact social change. I examine political and ethical consumerism as alternative forms of political action in a globalized world. I have been actively involved in the anti-sweatshop movement since 2007, and currently serve as the faculty advisor for United Students Against Sweatshops-VCU, Local 804.

2017 Katz, Meredith A. “’The Sweatshop Effect’: Consumer Activism and the Anti- sweatshop Movement on College Campuses.” Pp. 243-254 in Shopping for Change: The Possibilities and Pitfalls of Consumer Resistance edited by Louis Hyman and Joseph Tohill. Ithaca, New York: Cornell University Press and Toronto: Between the Lines Press.

2017 Katz, Meredith A. and Helen V. Mays. “Materialism and the Middle Class” in The American Middle Class: An Economic Encyclopedia of Progress and Poverty edited and compiled by Robert Rycroft. Santa Barbara, California: Greenwood Publishing Group.

2016 Katz, Meredith A. “Pedagogical Approaches to Teaching the Sociology of Consumption.” Consume This! Blog (American Sociological Association section on Consumers and Consumption), November.